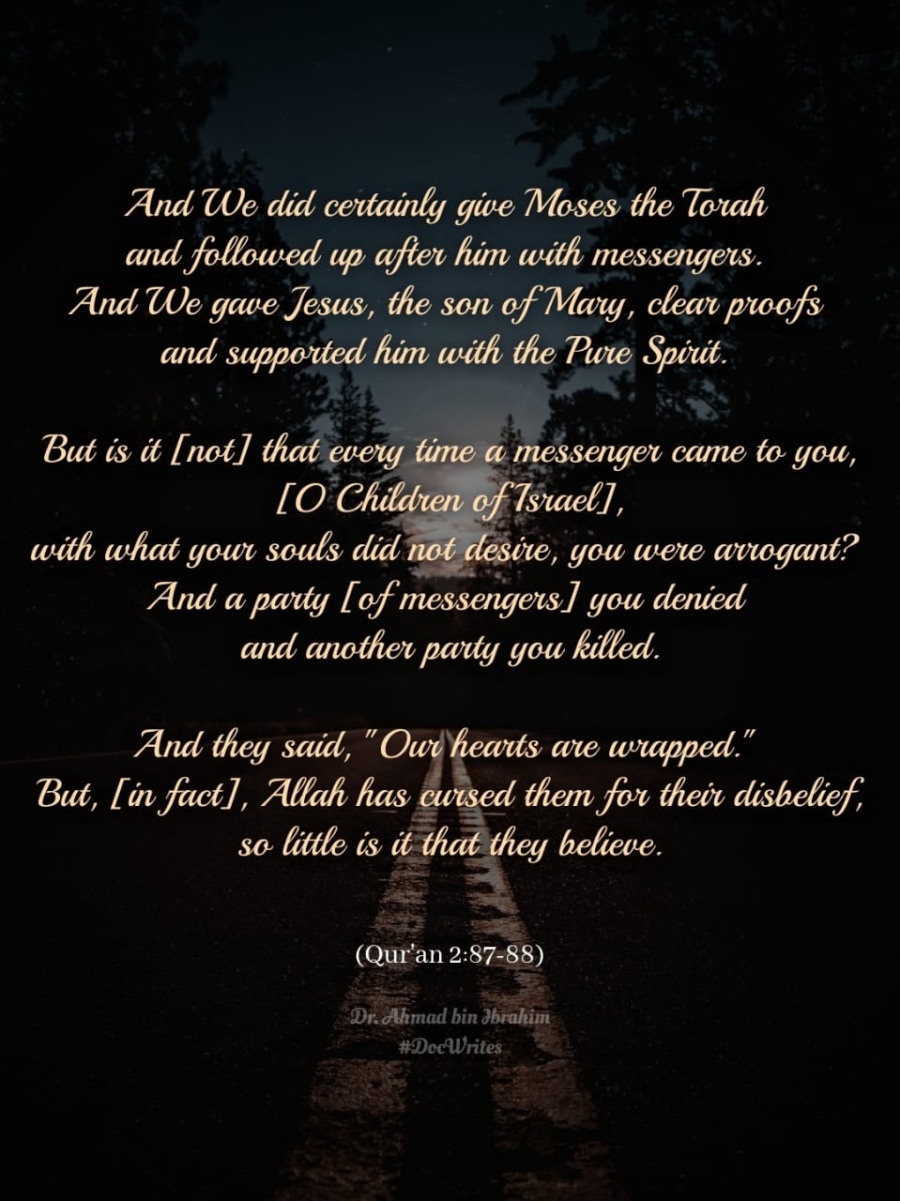 It has happened in the past and it continues to happen even in the present.

People have denied the messengers because of their arrogance coz it went against what they desire and the world they yearn for.

Thus, even today people deny that what is in the Deen and cling on to the way of life of the modern world.

A world which has quite conveniently deemed the laws of Islam as wrong and made their laws as legit and supreme. And it’s unfortunate, that many among us have accepted that law as the norm, while being Muslims only for name.

Indeed, Allah has cursed such hearts for their disbelief and truly, little is what they believe!

May Allah protect us from such disbelief.