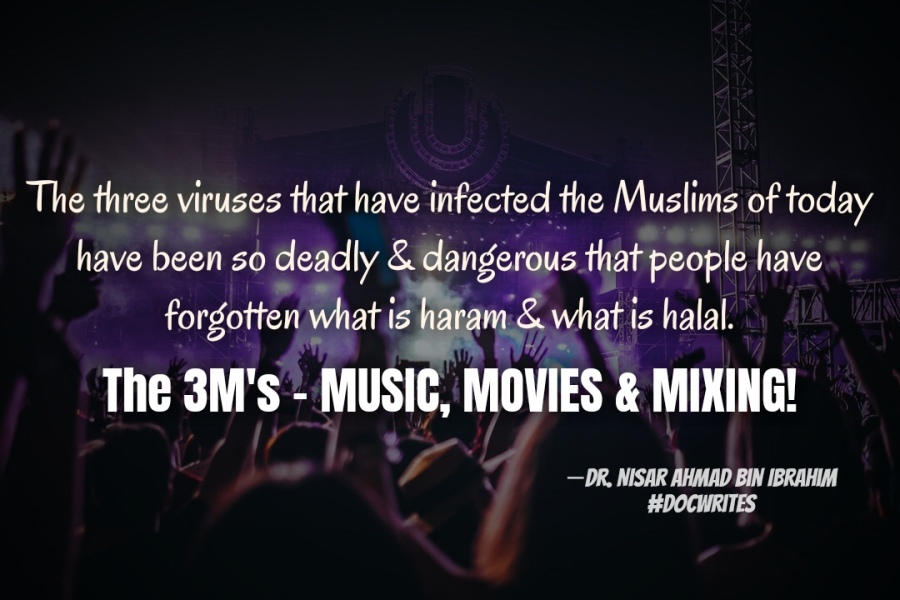 The 3M’s – Music, Movies & Mixing are the 3 viruses that have infected the Muslims of today and have been so deadly & dangerous that people have forgotten what is haram & halal.

In fact they refuse to accept haram as haram and instead have gone on to make that haram as halal.

Then they are some who know that is haram but yet do so coz the whole world is upto it and they fear of what people will say.

Indeed their fear is of losing this duniya & they fear only the people around instead of Allah.

Really how strange are people today that they call themselves as Muslims even when they do not submit to the will of Allah!

May Allah protect us from such delusion & deviated way of life.