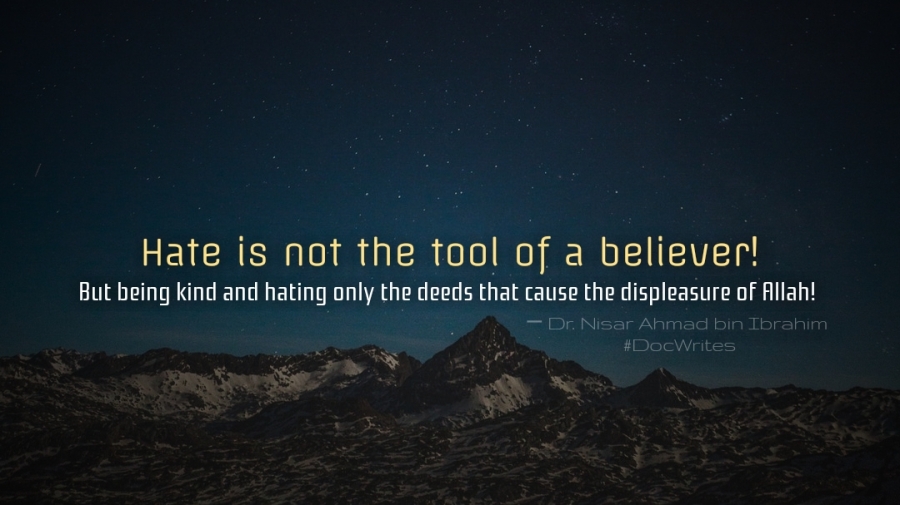 Never hate anyone but hate the bad deeds that one does.

Don’t hate just because a person hasn’t got the same thinking as you do.

Don’t hate if someone achieves success in this world or earns more than you.

Don’t hate just because someone believes in something else.

Each one has been given freedom to choose what one wants. And what one chooses, he or she will be held responsible for the same.

The best of a man is he who loves the same for others what he loves for himself.

And having the feeling of envy, that would ultimately pass by, is just a sheer test of how one would react to the same.

If one can bear patience and seek from Allah for the good in this world and in the hereafter, then that is the best dua one can ask being a believing soul!

A believing soul will never hate the other except for their actions which displeases Allah. Coz each thing that happens around you is just a test in this world!

May Allah help us to be content in this world and guide us to do deeds only for the pleasure of Allah.