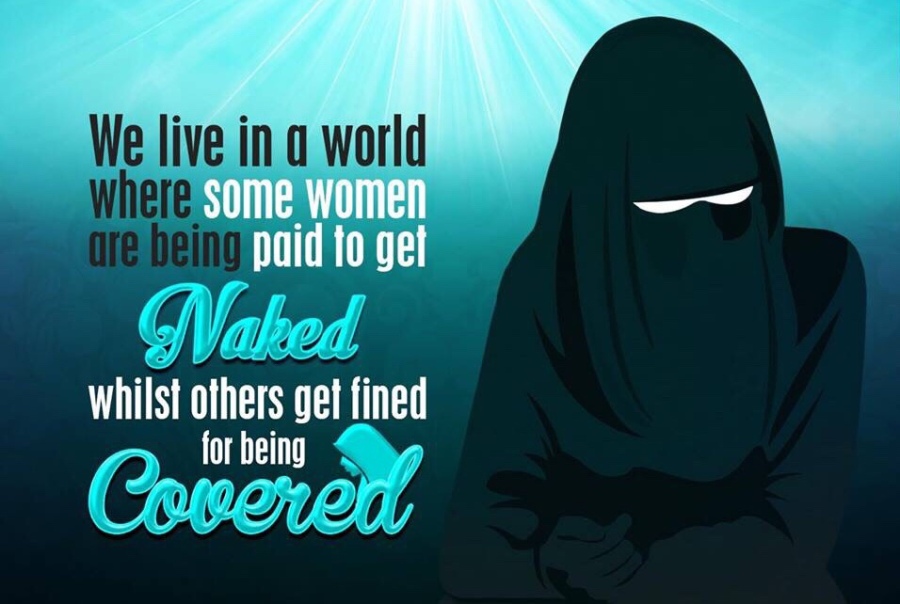 Where are we heading as mankind?

Is nudity and exposing our women folk in front of the whole world known as liberation?

Is treating them like prized-trophy and making them present to the world to pry on her body and private matters known as equality?

I say it’s sexual exploitation in the name of modernization!

She has freedom and right to represent herself but in a way that dignifies her and maintains her dignity and not in a way that sheds her clothes and reveals her beauty to the world to enjoy on and yearn for her.

A woman is precious and delicate so she needs to be taken care and one must always be kind to her and that’s the responsibility of a father, brother and then her husband and her son. Sadly the modern world thinks she is being victimized and I do agree, so I partly blame their thinking on today’s Muslims who don’t live Islam but have adopted the modern practices and thus they haven’t understood the correct importance of women and their right role in this world.

They are not to be dominated on but they are our equal partners in life. Allah created her in such a way that she was made out of a man’s ribs only to keep her close to the man’s heart. So she is not below us or over us, she is equal to us in the way she is. But she has a different role and responsibility in this world and that’s when we complete one another. We must understand that we are here to complete one another and not to compete!

Allah has made us physically and emotionally different and so we can never be alike and so should not try to be like the other. But people have tried to play around with the rules of Allah and made a mockery of it. They will be surely held responsible for their deeds.

Remember, when Allah allows something to happen it doesn’t mean He agrees to it but He has just given us choice and time to do whatever we want only to be held responsible. So that He can be just on that day. No soul will bear anything of others’ deeds but will surely pay for its own acts and deeds in this world!

May Allah help us to remove the veil of this world which is on our eyes, that is deceiving us and make us understand the true meaning of life and our existence here.