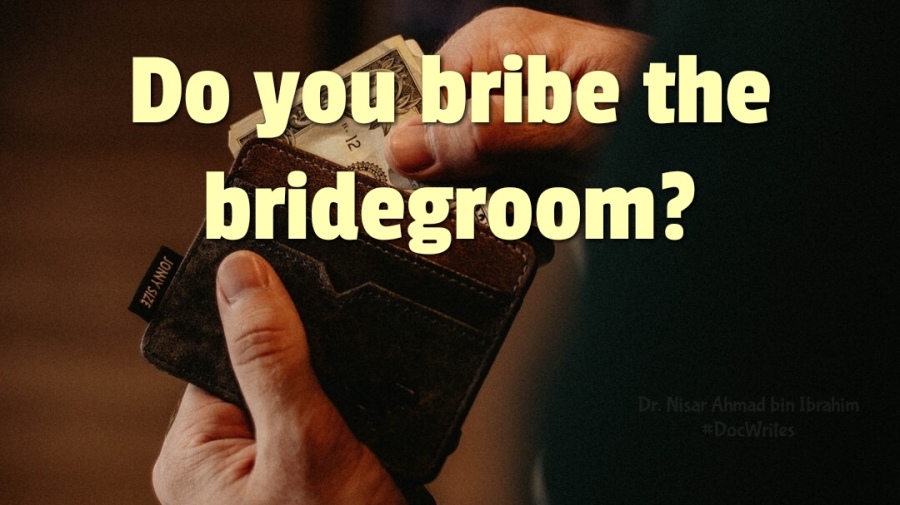 It has become a trend since many ages that if a girl needs to get married, then her family should spend a lot, in order to just keep up with the Joneses!

But hold on! From where did this culture creep in. Is it from Islam? No, not at all!

So what does Islam say about marriage or Nikah?

It’s the man who has to pay the Mehr (dowry) in order to get married and not the other way around. There is no role of a woman or her family to spend to get married. What it means, to those who would like to hear it twice, is that to get married it isn’t must that a woman and her family should spend for her marriage!

Having said that, nobody is stopping you from gifting your daughter with whatever you can afford. That is your choice! But then, asking others and in fact, begging and pleading money for pleasing the people around is what I am against. Do it with whatever capacity Allah has bestowed you with. But also do know that the the best of marriages are those which are kept very simple.

In Islam, there are only two things that are associated with marriage – one is Nikah and the other is Walima, which is followed after the Nikah.

Nikah is half of our Eman. So don’t abide through haram ways in order to celebrate half of the Eman. If you will indulge in music and dance and free mixing of men and women then know that your not pleasing the Rahman but only the Shaytan!

We must all really ponder that how would there be the blessings of Allah in a marriage which was done by all means of transgression?

When it comes to Walima, know that it is given by the bridegroom alone. This is just to feed the people out of your own joy to those whom you wish to feed. It’s not necessary that you feed 1000s of people just because you have a big family. If you can afford then feed but if you cannot then it is sufficient to even feed few from your own family.

Remember that people will never be happy with whatever you do. One or the other will always keep complaining. So look only to please Allah, and that is sufficient for us.

I believe that bribing people to do things has led to a society which has lost all its values and the values that have remained are only in the money that you flaunt!

So stop bribing coz by doing so you would be promoting a social evil. And this evil will only continue to breed and will lead people to fall into grave sins such as Riba, Breaking of kinship etc.

I even hear many a times that people say that they give money to the woman’s family with good intention and their cause is for good. But know that any intention or cause cannot be supported with a wrong way. By doing that your perpetuating a wrong culture which will then continue many more years and people will continue to believe that what they are doing is good but in fact it is going against the rule of Allah. And hence there are many women who are left unmarried today only because of this prejudice of satisfying the greed of others.

Just to clarify, you can gift your relatives and others but that cannot come as a demand from the bride’s family to fulfil their wants and desires.

It’s high time that we realise that a wrong can only be corrected with a right. And the right way is the Sunnah way – the way of our prophet (صلى الله عليه وسلم)!