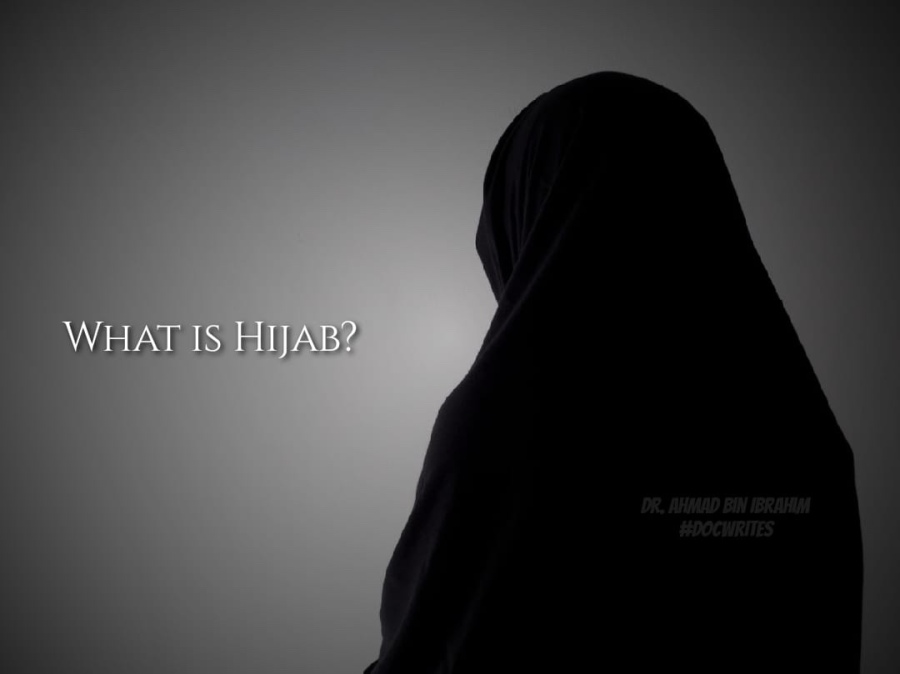 It’s very much important to understand this word, as this word has lost its real meaning and has evolved like the humans of today who have begun losing their clothes in the name of fashion.

To begin with, the word ‘hijab’ in the arabic literature is something that veils or acts as a curtain or barrier. It’s a piece of cloth that completely covers the awra of a female.

The following are the characteristics of a hijab:

One must also note, that many conveniently leave out the face of a women as awra. Know that the face of a women, is where the beauty starts from. Thus, we are instructed to see the women’s face before getting married. Then, how can that not be an awra?

Now this barrier or veil must be present before those who are non mahrams. The mahrams for a female have been listed in the Qur’an before whom she can be without that veil. So there is no way that one can deny it. Denying it only takes you out of the fold of Islam. So beware!

But then, as humans evolved and accepted to be part of this modern western civilization, they have quite easily left out things from the Qur’an and instead adopted the way of life which goes against the way of life for a believer. So it’s sad to see, that many aren’t aware about this concept of mahrams and non mahrams.

Know just covering the hair doesn’t mean hijab when your rest of the body isn’t veiled. Today people wear skin tight clothes and just cover the hair assuming they have donned a hijab. It’s just throwing dust in your own eyes and being lost in this world.

Thus, it’s become a common sight and where you can see women clothed yet naked. The hadith of the Prophet (صلى الله عليه وسلم) has come true for today’s modern world and for the modern humans who have compromised their Deen for the want of this materialistic world.

May Allah protect us from this distorted, deviated and dominated world of modernization and feminization where people are being educated to become intellectuals who reduce themselves to mere objects of gratification.